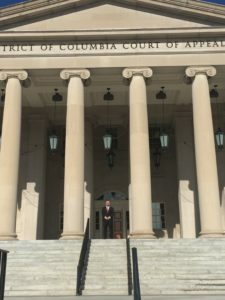 Mr. Adnan “A.D.” Horan was born in Yonkers, New York. He received his Bachelor’s of Science in Business Administration (B.S.B.A.) in 1993 and his Masters in Business Administration (M.B.A.) in 1996. Thereafter, Mr. Horan attended the University of San Diego School of Law and received his Juris Doctorate law degree (J.D.) in 1997. While attending the University of San Diego, Mr. Horan was a comments editor and member of the law school journal, the San Diego Law Review.

Mr. Horan is the founder of Horan Law Offices, P.C., Attorneys at Law and is a trial attorney and practices law in City, State, and Federal courts.

Mr. Horan’s Law Firm provides and practices in the following areas of law:

What Our Clients Say